What is industrial robotics? 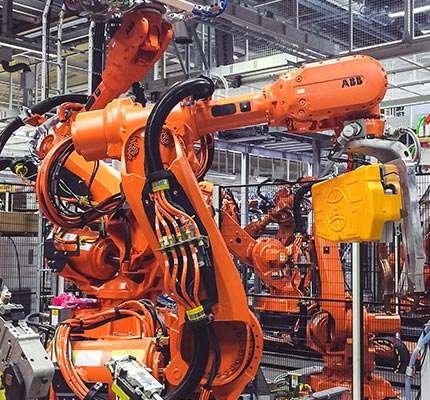 When talking about the concept of robotics in general, there is confusion in the media, especially in what is called industrial robotics and service robotics, so the ISO standard should be used for each of these products. Thus, the definition of industrial robotics is found in the ISO 8373 standard and reads as follows: “Multifunctional, automatically controlled manipulator, reprogrammable in three or more axes, which can be fixed or mobile for use in industrial automation applications”.

They are multifunctional robots with basic mechanical systems, so they must be used in simple and repetitive tasks.

Type B (computerized of precision by programmable logic controller or PLC)

They are preadjustable manipulator robots that count on regulation sensors, therefore they have greater precision and force.

These are programmable robots with continuous path. They are more advanced equipment, programmed by CNC, with greater strength and perform more demanding work, has six degrees of freedom.

These are robots that, by means of sensors, acquire information from their environment and are capable of adapting to the conditions of the same.

Types of configuration of industrial robots

Another important parameter to distinguish an industrial robot is its workload. This indicates the dimensions of the elements of the manipulator, together with the degrees of freedom. To be able to determine this parameter, generally, the manufacturer indicates a plane with the limits of the movement that each one of the joints of the robot has. 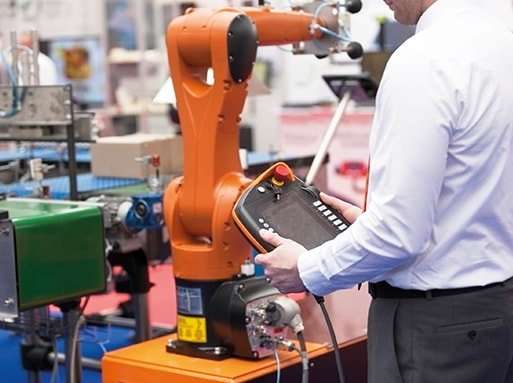 It has three degrees of freedom, with linear movements that correspond to the X, Y and Z axes.

It has three degrees of freedom with two linear and two rotational movements. Therefore, the movements are based on linear interpolation and joint interpolation.

It has one joint with rotational movements and two angular ones. The movement is based on joint interpolation.

Used to determine the position and orientation of the robot’s end with respect to a coordinate system that is taken as a reference and the values of the joints and the geometrical parameters of the robot’s elements are known.

Inverse kinematics solves the configuration a robot should adopt for the known position and orientation of the end.

The applications of robotic engineering depend entirely on the decision of the company, which must assess the advantages and disadvantages taking into account the following elements:

Do you want more information? We will be happy to answer you on our social networks or through the contact page.